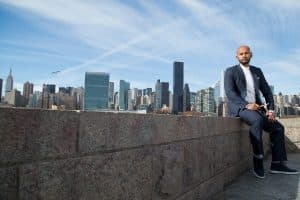 Sino was born in a refugee camp in Thailand to a Cambodian parent. His family moved to Aurora, Colorado when Sino was seven years old. It was at the age of thirteen that Sino’s mother purchase him his first video camera, he would use to share his vision with the world.

Even though he continued to film throughout his teenage years, it wasn’t until his sophomore year in college that he fell in love with filmmaking while taking a few film courses. It was also during this time in Sino’s life that MTV’s Total Request Live not only became the cause of his tardiness to school several times, but also a major source of inspiration. The videos, the music, the interviews and directing styles from that popular series, have influenced Sino’s approach to how he creates his story telling.

Sino has worked with powerhouse brands such as Steve Madden, InStyle, J.Crew, GQ and Hugo Boss. It’s only a matter of time before we see more film projects from Mr. Chum.